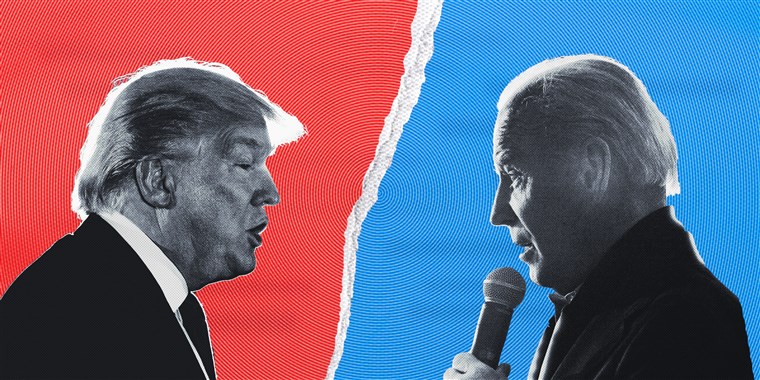 Here are some quick thoughts about the debate last night.  A good night for Biden.  Not so much because he was so good (he was OK — shaky at times but effective when he ignored Trump and looked directly into the camera and talked to the voters), but because Trump was truly atrocious.  May go down in history as the all-time worst performance in a presidential debate.  Presumably some of his hard-core base won’t see it that way, but even some of them must feel uneasy about what they saw.

More importantly, among key groups that Trump needed to appeal to last night — suburban women and senior citizens — he failed miserably.  Debate performances usually don’t matter much with respect to actual voting, but I suspect that vivid impressions of this one may linger among certain key constituencies.

There is also evidence of slippage in Trump’s support among other groups.  I just saw a reference to a poll conducted by the Yale School of Management showing that 77% of business leaders plan to vote for Biden. And I wouldn’t be surprised if even some (and just a small percentage might matter in some states) evangelical Christians decide to stay home on election day; while they are delighted that he has delivered for them re judicial nominations, I have a hunch that some of them may be thinking we’ve gotten all that we need from this guy, so let’s cut ties now.  I haven’t seen anyone else make that argument, but on a small scale it makes sense to me.

I’m starting to feel like not only will Biden win, but it may be a convincing win after all.  I imagine that even Trump is starting to sense this, which may explain why he was so bizarre last night.  Of course, a decisive win would benefit the country by undermining utterly spurious claims of ballot fraud.  And perhaps a decisive victory for Biden at the top of the ticket has key down-ticket effects, particularly in close Senate races – and not just in purple states.  Last night must have made even favorites like McConnell and Graham who were already experiencing far tighter races than they had ever anticipated even more uncomfortable.

I say all this with a good deal of caution.  Just a week ago following the passing of RBG, the GOP looked to be on the rise.  So conditions in this year of upheaval may shift dramatically again in the final few weeks.  Moreover, maybe recent polls showing Biden maintaining healthy leads in battleground states like PA (see NYT poll from yesterday) are misleading.  Many reports suggest that the Republicans have built up strong ground organizations in many pivotal states (helps that many in their ranks are not at all wary of door-to-door canvassing).  And the GOP will benefit from voter suppression and election tampering by Russia and who knows who else. Finally, it’s still possible that the Supreme Court nomination process may wind up giving Trump a boost if the Dems make Barrett look sympathetic or if McConnell orchestrates the hearings effectively and delivers a stirring confirmation vote days before the election that once again galvanizes GOP voters like no other issue seems to.

But the pressure is really starting to mount on the Republicans to be perfect in the final month of the campaign, and if last night is any indication the head of the party won’t be up to the challenge.