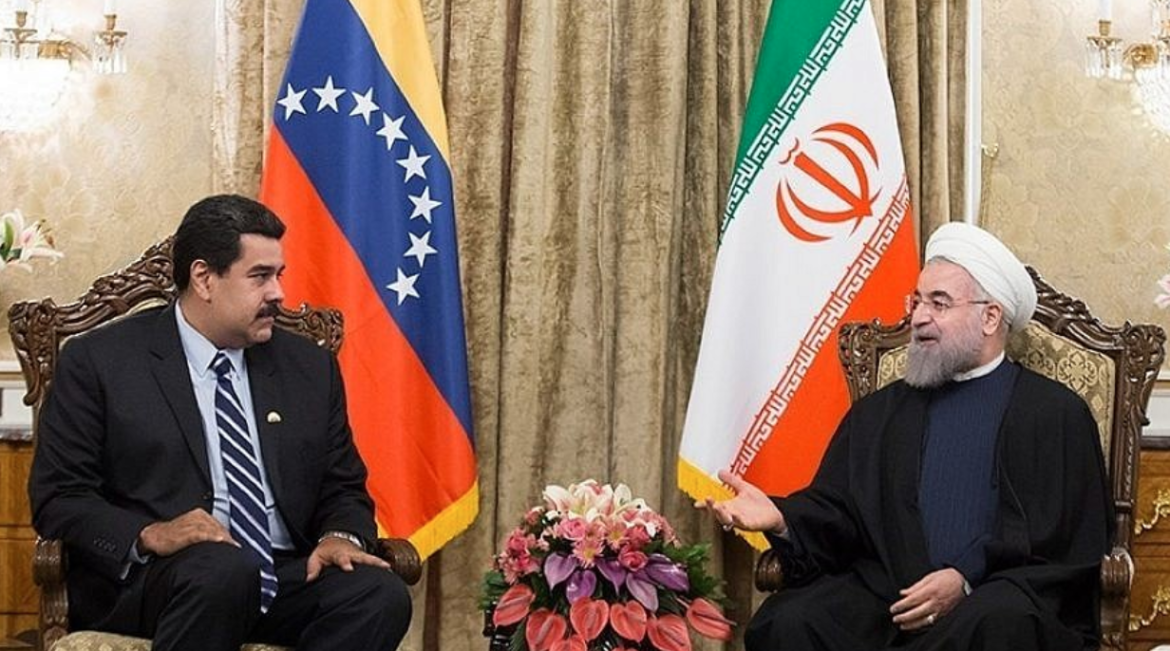 A special report conducted by Reuters in November painted a damning picture of how carelessly deployed sanctions can negatively impact U.S. strategic interests. The report, authored by Marianna Parraga, Rinat Sagdiev, and Parisa Hafezi, chronicles how Venezuela’s state-run oil exports industry, hit hard by U.S. targeted sanctions, has developed methods to skirt them, working in close concert with Iran to ensure its exports are still getting out of the country. Prior to the sanctions’ implementation, Venezuela exported nearly 1.5 billion barrels of oil per day, the majority of these going to the United States; the sanctions drove those exports down to 400,000 per day, their lowest level in nearly eighty years (Reuters). In the subsequent crisis that ensued, Venezuela’s primary oil exporter, Petroleos de Venezuela SA (PDVSA), took drastic measures to stay afloat. The firm began doing business with a host of shady new clients, using a fleet of more than thirty oil tankers operated by a host of unknown companies across the globe. PDVSA suspended its rigorous registration process for new customers, thus making their official identification nearly impossible to verify. These shadow patrons ultimately brought the company back from the brink of collapse, with barrels per day reaching 700,000 at their peak in September of this year (Reuters). This is especially significant considering the fact that Russian-backed oil exporters, specifically the state-run giant Rosneft, had ceased all activities in Venezuela after Washington blacklisted shipowners that did business with the Maduro regime (Reuters). In the absence of Russian business, Iran has emerged as Venezuela’s main ally in getting its oil out of the country, using a sanction-avoidance playbook that Tehran has spent decades perfecting.

Venezuela’s increased reliance on Iran to subvert American coercive tactics is emblematic of how if used improperly, sanctions can force states to take drastic measures to ensure their own survival, oftentimes leading to an even worse diplomatic situation for the coercer. Since 9/11, sanctions have become America’s foreign policy tool of choice. A report by The Atlantic in 2019 specified that since 2014, over 2,000 sanctions have been enacted by the U.S. government; as of 2019, America has over 7,000 in place. The allure of sanctions as a coercive tool is understandable; they are extremely wide-ranging and applicable (travel bans, asset freezes, arms embargoes, etc.), and signal a country’s resolve without forcing it to escalate. However, there are two sides to every coin, and there’s no exception when it comes to sanctions.

As sanctions have become more widespread, their use has also taken a more political, rather than tactical, nature. Sanctions allow a government to apply pressure on hostile actors without direct involvement. They allow leaders to signal resolve without imposing direct costs on them. This is politically beneficial, and as a result, U.S. administrations have emphasized quantity over quality, issuing huge numbers of them—in Venezuela, over 100 individuals, as well as over 40 entities, have been sanctioned (Center for Strategic & International Studies)—while seemingly forgetting that they are by nature blunt instruments can have unintended consequences if misused. Venezuela’s increased reliance on Iran with regards to its oil exports illustrates this point. In targeting Venezuela’s oil exports—the state’s most important source of revenue—Washington forced the regime to take drastic measures, turning to Iran, country that for decades has been one of America’s greatest adversaries, for assistance. Sanctions have forced Venezuela to rely on an actor that has been actively hostile towards the United States for decades, a side effect that—and this can be said with full confidence—the administration did not anticipate when issuing them; this is illustrative of the problems sanctions can create when they are misused.

Sanctions are powerful tools that have the potential to stop states from engaging in activities that threaten U.S. interests; there are multiple examples where sanctions have successfully coerced targeted nations. However, they’ve become so popular that American lawmakers now seemingly deploy them without considering whether they might have adverse side effects. American leaders must recognize the inherent force behind sanctions and take greater care and consideration when deploying them.