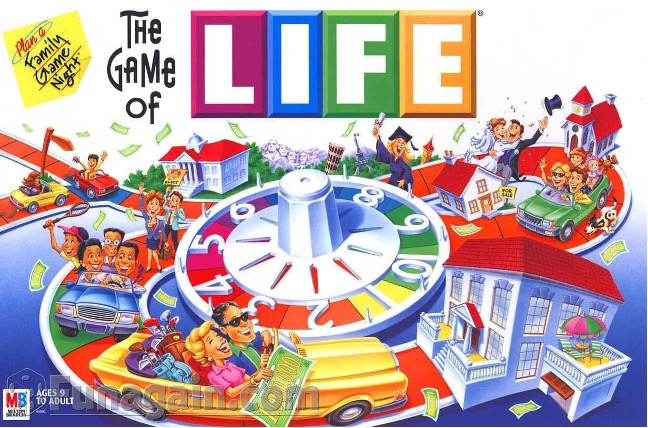 Everyone knows the classic mistake on game night is starting the game without checking to make sure all the players use the same rules. Even worse, is when you think you are all playing by the same rules, and halfway through the game you realize that it is not true. This is the case in the ever-changing rule book used against undocumented migrants in the United States.

The American dream, though fully challenged in academia and some social groups, with the ever-growing wage gap between the 1% and the rest of the population, is still circulating. Indoctrination to the American dream begins from the very moment we ask children what they want to be when they grow up. In the United States, children are told that they can do anything if they follow the rules of the game of life. In the board game “Game of Life” you start with a car. Each player picks their character based on their gender and places their figurine behind the steering wheel. The players all get the same starting capital and spinning the “wheel of fortune,”  every turn, the players move towards the end of the board, with options of education, career paths, family planning, and opportunities to purchase homes along the way. Attempting to follow the American Dream is quite similar. The rules are; get the best education you can, work hard, and abide by the laws. Imagine sitting down to play the board game, but as everyone else draws cards to choose their career, or to pursue higher education, those options are not accessible to you. Further, you do not get the same starting capital, and because of your undocumented status, again and again you realize that even though you are on the same board, the United States, the set of rules that are being applied to you are completely different than what is being applied to the other players. What do you do? Do you become more determined and try a different strategy? Do you flip over the board? [I would.] The other players are now ridiculing you for not being a good sport. They are not angry about the secret set of rules, and they are even happier when they stretch or break a few of their own rules and don’t get held accountable. They are so far along the board that they are close to winning the game. While the lives of any human cannot be simplified to a metaphor like this one, it is a tool we can use to see the clear discrepancies between the rules that undocumented migrants are told to follow, and the opportunities presented to them.

If there was an extension pack for the ‘Game of Life’ that would have players engage with these lived realities, in this version, the players would draw from a pile of cards that have the situations and experiences inspired by the real stories shared by those that have formally experienced being undocumented migrants in the United States. In this extension pack version of the Game of Life, your goal is not to make the most money, have the most investments or even “win” the game. This extension pack serves as a window into the experiences of undocumented immigrants in the United States. These stories feature joyful moments, as well as discouraging and difficult ones. Some of the topics covered in the game are similar to the original game, while other topics would engage in the unique experience of undocumented migrants: the path of migration, education- role of teachers, extracurriculars, DACA, career and jobs, college and higher education, encounters with law enforcement, departure and deportation, hopes and dreams in Mexico, and lastly, what interviewees want the players to know. While the game would engage with all of these topics, for the purpose of this blog post I will explain part of the experience of the players by using the topic of education.

In the original ‘Game of Life’ the first-choice players make is to either start their career or pursue higher education. While there are many decisions to be made throughout the game, this first decision is telling of the players strategy and dramatically impacts the rest of the game. Depending on your game strategy, some choose to jump start their career with the hopes that their early monetary gain will serve as an advantage in the game, while others choose to pursue education knowing that many of the career card options that are available to players only when they choose to pursue higher education have significantly higher salaries than the careers that are offered without pursuing education. In theory, education is supposed to act as the “great equalizer” however, this is one of many institutions which perpetuate the normalcy of the second set of rules being enforced on undocumented migrants. Additionally, this blog post is not going to engage with the argument that because people without documentation are in that position, educational opportunities can be doled out differently. Instead, this piece is written with the framework that if we truly believe that the laws and opportunities of the United States are just, they should be granted equally for all people.

Education, notoriously known as the “great equalizer,” is an institution that is often at the very core of maintaining socioeconomic hierarchy against those without documentation. What would this look like in the extension pack of the ‘Game of Life?’ Education is just one stop along the board and is used as an illustration of the different opportunities and obstacles undocumented migrants encounter in real life and what players encounter in the game. When players move through the board and land on various experiences, in this example ‘education,’ the player will draw a card from the correlating pile that has a situation that is inspired by an interview from Migration Encounters, what that means for your player, and a quote from the interview, and the link to the rest of the interview on https://www.migrationencounters.org/.  (Extended rules for the extension pack can be found in the Game of Life Instructions) One of the cards that is in the pile for “Education- Role of Teachers” on the front states: “Your teacher is not supportive as you learn English and punishes you when you struggle, rather than encouraging you in your academic journey.  -$100.” On the back of the card it describes that this situation was inspired by the story shared by Lusia, a link to the rest of her interview with Migration Encounters, and a quote from her interview: “So I go into first grade and I can’t even understand what my teachers are saying, so it was extremely frustrating and this teacher found it extremely frustrating as well, so she would lay me face down half the day on the magic carpet where she would read stories to everyone because she didn’t want to deal with it anymore.” Conversely, there are also cards that share joyful experiences. Another card in this pile says: “You have a really great teacher who gets you interested in reading and math!  They help you assimilate and keep you on track in school! +$100.” On the back shares a quote from Ana, who was the inspiration for this situation: “My fifth-grade teacher, Mr. Ogami, really, really great in teaching Math and such and books.” These cards help the players to understand some of the ramifications of navigating life as an undocumented migrant and what it means. Education is just one of the many topics that is encountered in the extension pack of the ‘Game of Life.’ Throughout the game, as players draw more cards and read about more experiences, their player will experience victories and setbacks, and the game is a true immersive experience that allows someone who might have never had to live through these experiences, have some insight on the social, economic, and other aspects of the complicated nuances of playing the ‘Game of Life’ as an undocumented migrant.

This game and the narratives it shares are a direct counter to the false stereotypes that are perpetuated about migrants, and it illustrates that there are systemic structures that are barriers for undocumented migrants to have access to the opportunities that would allow for economic mobility. The greatest difference here is some of us, citizens, have the privilege to be playing the American “Game of Life”, while those without documentation are forced to play the game constantly fighting to prove the worthiness of their life. What can be done from here? The goal of this piece is to not only establish the unjust and unequal opportunities for those that are undocumented in the United States, and challenge us to think about the systems like education that are normally perceived to be a system of justice and equalizing and are not, but, it is also a call to actively participate in conversations and education about migration in order to make the United States- the “nation of immigrants”- a place where we can all play “The Game of Life” with the same set of rules.