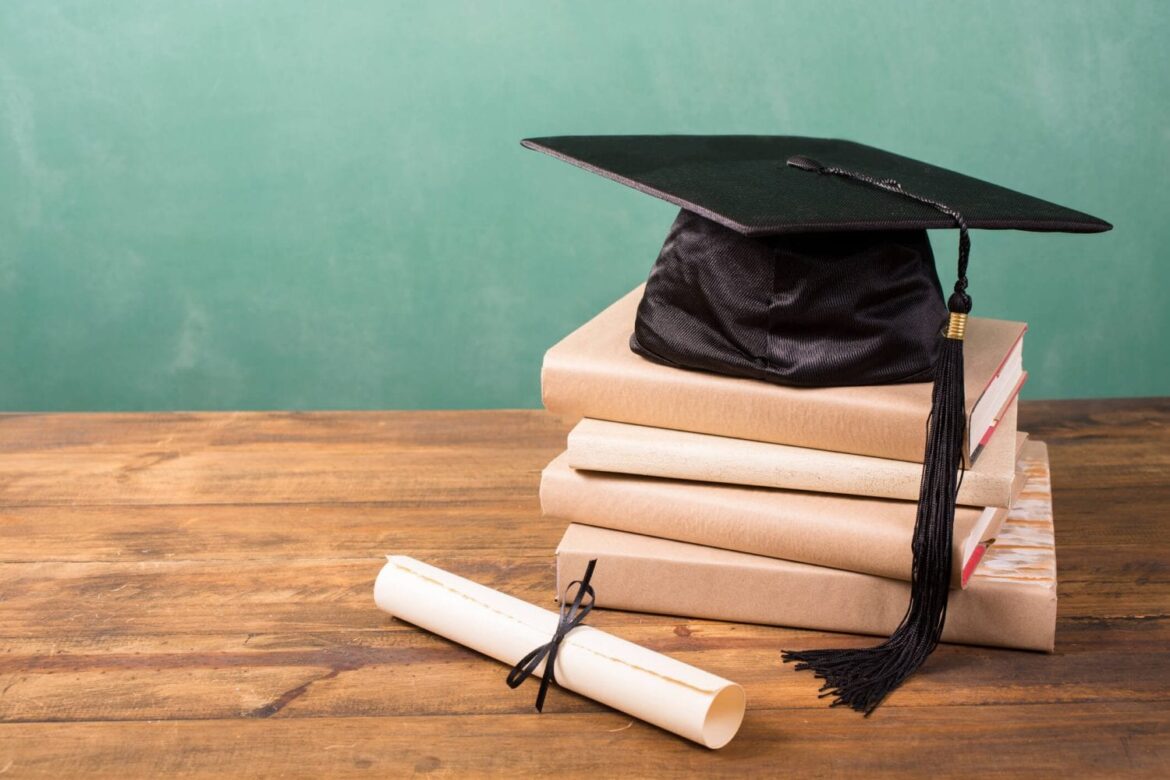 Originally, I wanted to title this essay “Don’t go to grad school,” but I suspect in many ways, I’m writing too late – the class of 2021 has already been accepted to grad school by now, and likely committed to going.

Plus, I’m under no illusions that an op-ed will change anyone’s mind, especially among those already committed to going.

No, my aim here is more narrow. I want to give you doubts. I want to plant the seed of an idea in the back of your head. And maybe when you’re four years into getting your PhD wondering “why am I even doing this,” you’ll remember this essay.

So, what’s the problem with going to grad school? I want to make two arguments – a pragmatic one, and an ethical one.

Let’s start with the pragmatic one, which begins with a crucial question:

Why do you even want to go?

I think this question reveals three groups of people.

First, I think there are probably a fair number of people who genuinely are excited about going to grad school. Their dream job is being a lawyer, professor, etc, and they actively want a JD or PhD. My argument is not about those people.

Second, there are those who primarily want to use grad school to secure a higher income. My argument also isn’t about these people either. Though I would caution them – most people don’t end up working in the field they study. A graduate degree does increase your income when it’s relevant to your field of work, but it probably won’t be. In which case, going to grad school is simply a colossal waste of money!  Maybe you wrongly believe statistical averages don’t apply to you, but the whole point of averages is that they apply to everyone! Including you!

And then there is the third group, which I suspect is the majority. Put simply, I think that most of us are ambivalent and unsure about what we want to do after college. Ask anyone “what career path do you want to take post-graduation” and you’re likely to get fairly uncertain answers. People at our age still don’t know what they want to spend their life working on. How could we?! Most of us haven’t been “real adults” yet, part of the workforce for multiple consecutive years.

Why then, does it feel like so many people are planning on grad school?

My guess is that our reasons for going to grad school have little to do with what we want, and much more to do with what otherswant for us. Most of us don’t choose grad school because our dream is to be a professor, we choose it because it is becoming the default expectation of everyone around us. Obviously, I prefer this cultural expectation over one that idolizes working at McKinsey or on Wall Street – my point isn’t that this expectation is necessarily bad, it’s that it exists and subtly shapes our decision-making.

Think of all the adults in your life who’ve asked about law school, or getting a master’s, how many professors have hinted that they think you’d do well in a grad program, how your thesis advisor told you your idea was too big for an undergraduate thesis but would make a good dissertation, or Haverford marketing itself as being great for getting into grad school.

We go to grad school not because we want to, but because we have been told we should by (almost) everyone around us. It is a reigning assumption.

But this isn’t entirely honest. I think there is another explanation, which is that we’re just scared. Becoming a real adult is terrifying, entering the working world is daunting and we’re so used to school that when presented with the option of familiarity (grad school) or the great unknown, we’re liable to lean towards the former – especially when everyone else is pushing us towards it.

Grad school is the cognitive path of least resistance. This has insidious consequences though. One of my high school teachers once warned our class about this. He was told by teachers, friends, parents, that he would do great in grad school, and never really took a step back to think about what he wanted to spend his life working on. More school was the easiest option, it was familiar, he didn’t have to buck anyone’s expectations if he let others decide for him.

Of course, he ended up in a career he was unhappy with and switched from being a lawyer to a teacher in his forties. This warning stuck with me. Spending two years (twenty years!) going down a path because someone else thought it would suit you well, only to discover you hate your job – now that’s truly terrifying.

If anything I’ve just described about why we choose to go to grad school feels familiar, then take a step back and think. You are an adult. At some point, you have to make decisions about your life regardless of whether they’re in line with what others expect of you.

How can we solve this? Simple. Don’t go to grad school – yet. Take at least few years after graduation to work in the adult world and figure out what issue/field you want to work on, and then consider if a graduate degree will advance your career meaningfully. If you decide it will, go ahead, if you decide it won’t, you’ve just saved yourself a big regret.

The nice thing about this strategy is that there’s basically no downside – at worst, you delay getting your master’s/PhD a few years (but it’s in a field that you’re much more likely to stay in). In contrast, the potential downside to entering grad school immediately is comparatively enormous.

But this feels like a cop out, right? I said I’d make you doubt whether you should go to grad school at all at this essay’s outset, and instead I’ve just given the obvious advice that you should wait a bit before getting a graduate degree.

What is the ethical problem with grad school?

To make this argument, I need to tell a brief story. Last spring (pre-end of the world), I went to a panel discussion with Anita Isaacs, Susanna Wing, and Barak Mendelsohn about academics as public intellectuals. At the end of the panel, Zach Oberfield (who was moderating) asked about other ways of doing policy advocacy that didn’t involve being a professor. Barak and Susanna both said to go to grad school, then maybe work at a think tank or elsewhere instead of becoming an academic.

Anita’s answer was different. I’m paraphrasing from memory here, but she basically said this: “I don’t know if I’d even want you all to spend seven years locked inside getting a PhD. We live in times of crisis, and we need bright people like you to be working on the frontlines now.”

This resonated with me. My “thing,” if it can be called that, is the climate crisis, which carries with it a quantified urgency – if we don’t cut emissions 50% by 2030, we’re likely locked into a world of catastrophic famine, water shortage, storms, sea level rise, heat waves, and more. The next generation (if there is one) will forever judge us for it.

So for me, the prospect of spending 2021-2028 getting a PhD feels untenably unethical. I think I have a moral duty to make what difference I can, and by the time I get a PhD, time literally will have already run out!

Obviously, not everyone shares my belief that climate is the most important issue. But I suspect most students in our department do have some sense of what they care about the most.

We live in times of crisis. What crisis is the most important to you? What’s your “thing”?

Many (if not most) of us proclaim that we want to make the world a better place, to do good, to have a positive impact.

I think this desire is in direct tension with going to grad school.

If you truly believe that your crisis is, in fact, a crisis (be it racial injustice, sexism, inequality, climate, immigrant rights, disability rights, the list goes on), then it must by definition carry with it a sense of urgency.

For the climate, that urgency has a date attached to it, which makes my calculus easy. But I think this argument applies regardless of what issue you care about.

If you have a sense of urgency around your crisis, then there is no time to go to grad school, because people are suffering now.

If you do not have this sense of urgency, then I’ll venture the perhaps controversial proposition that deep down, you do not actually think there is a crisis.

Our crisis denialism (delay-ism) takes different forms, from “the problem will still be there when I finish my master’s” to “I’ll be a more effective advocate once I’m more qualified,” to “I’ll do activism and grad school simultaneously,” to the most insidious, “I couldn’t make a difference right now even if I tried.”

What these tortured rationalizations betray is not cool-headed reason, but a belief that human suffering is not urgent. Or at least, not urgent enough to justify you taking a pay cut by forgoing acquiring a post-graduate degree. They are attempts to retroactively justify selfishness, to hide the cognitive dissonance behind wanting to do good but choosing a pay raise over actually helping people.

Maybe you think one of these tortured rationalizations is right, in which case, I doubt I will be able to convince you otherwise. Briefly though, a few questions. The problem will still be there, but what about the people who will have suffered or died in the time it took you to finish school? Will your degree make you more effective, or just more coopted and less willing to disruptively protest the system you claim to oppose? Will you really have time to protest while buried in work for your degree? Most importantly, have you tried yet, or are you just being fatalistic because it’s self-serving?

What the rationalizations reveal is a deep need to endlessly defer our moral obligation to “do good” to some abstract (non-existent) time in the future. They betray our willingness, no, our need, to distance ourselves from the people we want to help, likely a reflection of the wealth and whiteness of the average Haverford student.

This idea that suffering can be put on hold, that we can wait a few more years before we enter our well-paid careers in the non-profit sector, shows a fundamental lack of empathy.

It reveals that for us, the highly-educated elite, the people we want to help are in fact not people, but a population, an image of an abstract suffering other in need of our assistance. What matters is not doing good, but the image of being a benevolent member of the educated class, the college educated person who chooses the non-profit sector instead of selling out to finance.

Ultimately, what we care about is preserving our own self-image as good people.

The world is worse for it.

Post-Script: Upon a re-read, I think it’s worth acknowledging explicitly that the argument I’ve presented is imperfect and there are plenty of problems with it. I’m not actually sure to what degree I believe that grad school is always unethical, but I felt compelled to write this, if only to start a conversation and make us all take a hard look at ourselves in the mirror. I do not think you are a bad person for going to grad school; we’re all making these decisions with the real intention of wanting to do good.