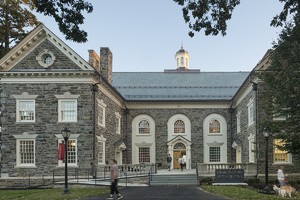 I am not here to call you evil. I am simply here to ask you a question:

Whose side are you on?

You say that you support the struggle for racial justice.

But here’s the thing.

Your beliefs have to translate into action for them to mean anything.

The white pastors who criticized Dr. King in the 60s for being too radical and disruptive, who advocated gradual change instead – they also thought they supported racial justice.

I’m going to posit something – our history is a history of victorious social movements.

If you’re just looking at the US, you have the abolitionists, civil rights, the suffragettes, second and third wave feminism, the labor movement, LGBTQ+ rights, the environmental movement, indigenous rights, disability rights, immigrant rights, BLM, and too many more to list.

You (hopefully) agree with me that the victories of these movements – the end of slavery, the Civil Rights Act, women winning the right to vote, gay marriage, and much more – these were enormously good things. These are the events in our national history that we applaud ourselves for! Freedom, democracy equality, justice, these are the movements that fought for those lofty ideals – and (partially) succeeded!

But the white moderates criticizing Dr. King were not the ones who got the Civil Rights Act passed. The civil rights movement was.

Because this is how it always is. There are people who understand that movements get shit done, and there are those who only criticize the movement despite claiming to be on their side.

Because I guarantee you, for every white person arrested for protesting segregation, there were lots more who instead said “calm down, come to the negotiating table, you’re being unreasonable, your demands are too radical, don’t you see that your opponents have good intentions, that they’re doing the best they can, you’re being too disruptive.”

As Dr. King wrote, “I have almost reached the regrettable conclusion that the Negro’s great stumbling block in his stride toward freedom is… the white moderate, who is more devoted to ‘order’ than to justice… who constantly says: ‘I agree with you in the goal you seek, but I cannot agree with your methods of direct action’; who paternalistically believes he can set the timetable for another man’s freedom.”

There is a long history of people too busy clutching their pearls worrying about the parts of the movement they don’t like, saying they support the goals of the movement in theory, but gosh, I just can’t support their methods, couldn’t they just go about it a different way?

But when we look back at history, we wonder how anyone could have been a bystander by while the injustice of slavery, racism, sexism, homophobia, ableism were staring them in the face.

Being a bystander in the face of injustice is immoral. You are complicit.

So when a social movement on Haverford’s campus demands racial justice, queer liberation, better support for disabled students, you have to ask yourself: how will history remember people like me?

Will I be on the movement’s side, fighting for justice, or will I be the white moderate, the bystander who supported their goals in theory but took every opportunity to criticize and work against the movement? Whose first reaction was to point out problems and conclude the strike was bad?

You may have reservations about some of the demands, you may intuitively disagree with some of language being used.

I do too! But I still support the strike, and think everyone else should.

Because at the end of the day, this movement is the type of movement that gets good shit done while moderates sit on the sidelines.

Don’t make the perfect the enemy of the good. Because the strike’s demands or rhetoric or tactics may be imperfect, but they are good.

Let me briefly deal with some of what you’ve said.

You seem to have entirely ignored what the movement on Haverford’s campus has been saying for years about the plight of BIPOC students on campus, engaging in the same rhetorical tactic that Kellyanne Conway uses in interviews – don’t criticize Trump, what about Hillary’s emails?

You deplore the rhetoric of people who chanted “no good cops in a racist system,” calling this a “a sickening disregard for the individuality of police officers.” You complain that the response to Wendy’s email was over the top and unreasonable. You decry that dissent is repressed by over the top moralizing. You cherry pick part of one demand to repeat the conservative trope of calling demands for racial equity “reverse racism.”

In other words, you have found some things some people have said that have rubbed you the wrong way. But you seem unable to come up with a substantive argument against the strike – that the tactic is counterproductive or ineffective, that a majority of the demands are bad, that the movement’s goals are bad.

Obviously, movements must be somewhat self-critical to succeed, they need to iterate and improve their tactics and framing. Some level of disagreement is healthy. But that’s not what you’re doing – you aren’t trying to improve the movement’s effectiveness so it can better achieve racial justice, you’re just saying the movement is bad.

What I’m left wondering is: why are these aesthetic things you complain about a reason to oppose the strike? Since when was not respecting the individuality of police officers more important than the black people police officers literally murder every day?

So, I ask you again: Whose side are you on?

Do you mean it when you say you support racial justice?

Because if you do mean it, then act like it. Words are cheap, action isn’t. Instead of saying you support racial justice, actually do something to further the cause of racial justice.

Movements get shit done. If you’re always the person telling a movement “I support your goals, but…” then your words in support of racial justice will be just that: words.

And words without action are meaningless.

6 thoughts on “Publius is on the Wrong Side of History: A(nother) Response”