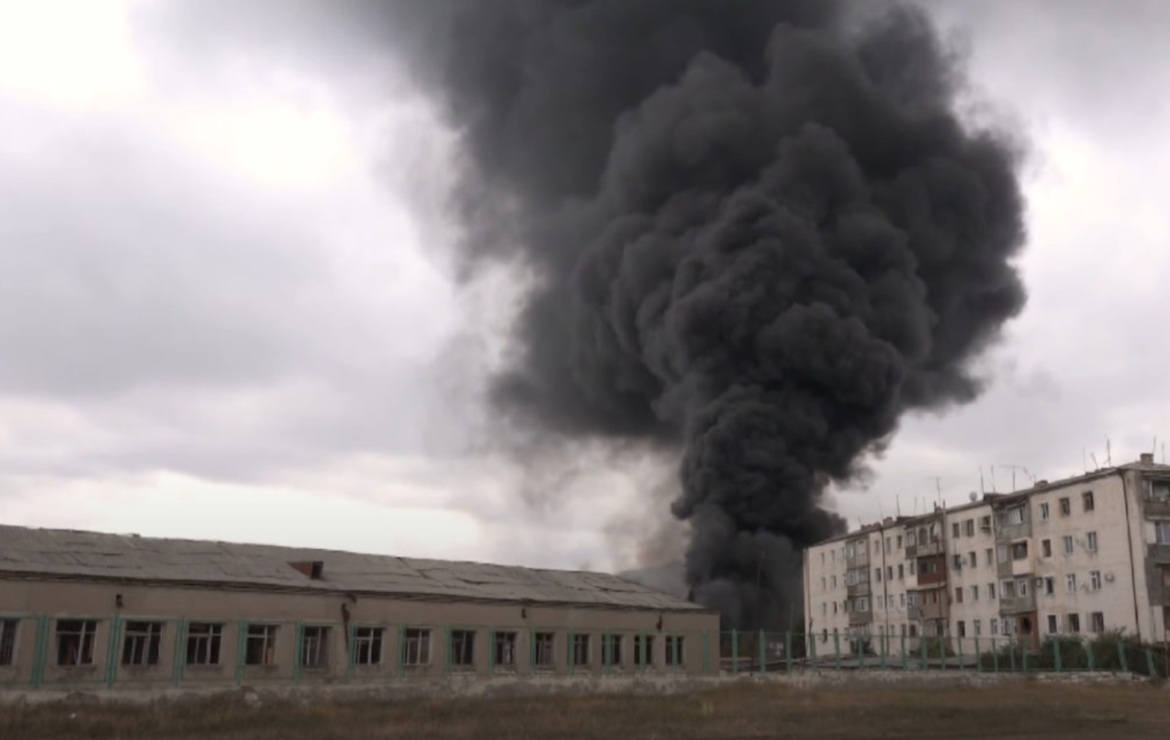 On September 27th the first shells struck Stepanakert, the de-facto capital of the autonomous region of Nagorno-Karabakh, ostensibly in response to Armenian provocations at the border. What followed was a bloody conflict between Azerbaijan and Armenia over control of this contentious territory. While universally recognized as part of Azerbaijan, Nagorno-Karabakh, which is majority Armenian, and the surrounding territory has been under Armenian control since the end of the First Nagorno-Karabakh War in 1994. Unfortunately, in the 26 years that followed, every attempt to resolve the status of the region have ended in failure. Fed up with these repeated failures and worried about Armenia annexation, Azerbaijan finally decided to reclaim the territory with force rather than words. Over the course of a month Azerbaijani forces, supported by Turkish and Israeli weapons, smashed Armenian and local resistance, forcing Armenian Prime Minister Nikol Pashinyan to agree to ceasefire that ceded large portions of Nagorno-Karabakh back to Azerbaijan. While the conflict, often referred to as the Second Nagorno-Karabakh War, is over, it has radically changed the balance of power in the Caucuses and challenged notions of how wars are fought in the technological age.

The Second Nagorno-Karabakh War is unusual in how traditional it is. In the 21st century there have been relatively few interstate wars, and even fewer involving mainly conventional forces of relatively equal strength. Because of this, military analysts have been avidly following developments on the ground and, more importantly, in the air. Throughout the war Azerbaijan dominated the skies through the use of a large number of cheap and deadly drones. These drones did everything from track Armenian troop movements to disabling artillery and tanks. Armenia’s Soviet-era anti-aircraft guns proved inadequate against a swarm of unmanned vehicles. The prevalence and effectiveness of these drones was such that Armenian soldiers describe entering a battle and firing a single shot from their tank before having to flee the vehicle.

While proponents of drones have claimed for years that they would radically alter how states fight wars, this is the first example of them actually doing so and it is fairly damning. In 44 days, Armenia lost 90 armored vehicles and 182 artillery pieces, many of them to drone strikes. In addition, drones killed many Armenian soldiers and inflicted a significant psychological toll on Armenian moral. Without their army of flying death machines, Azerbaijan may still have won this conflict, but it would have taken much longer and been far more costly.

While drones represent a radical advance in wartime technology, we should not fool ourselves into thinking they will change the fundamental nature of war. Just because a nation has unmanned weaponry does not mean we can avoid the human costs of warfare. While drones softened the Armenian lines and inflicted untold casualties, it was ultimately ground forces that captured the key city of Shushi and forced a ceasefire. As the United States discovered in their fight against ISIS, air strikes are not enough to defeat an entrenched enemy.

In addition, Azerbaijan benefited from Armenia’s lack of preparation. Armenia’s air defense systems from the Soviet-era and were never meant to be used against drones. Because of this, we should be aware that drones may not prove to be as effective against nations with state-of-the-art defenses.

This Is Not the End

Based on the current state of Armenian forces and the presence of Russian peacekeepers, it is unlikely that full-scale war will resume in the short-term, but tensions remain high and there is currently no path towards reconciliation and a lasting peace. Ultimately, both sides view the territory as rightfully theirs and see themselves as the oppressed group. In these conditions it seems inevitable that Nagorno-Karabakh will remain a hotspot for conflict in the region. Perhaps we will see another war in the next few years, or perhaps the conflict will remain frozen while Armenia licks their wounds and Azerbaijan enjoys the fruits of their victory, but, either way, neither side will forgive or forget.

The Future of the Caucuses

Ever since the fall of the Soviet Union, one of Russia’s key goals has been the preservation of its sphere of influence in post-Soviet states. In this conflict Turkey has challenged its preeminence in the Caucuses. Armenia is a close ally of Russia and the two have a mutual defense treaty. However, because the conflict was not technically an invasion of Armenia, Russia declined to provide help during the month-long war. In contrast, Turkey provided Azerbaijan with significant support in terms of advisors and aircraft. There are even some reports that they provided Syrian mercenaries to act as frontline soldiers. Turkish aid is thought to be a large reason for the effectiveness of Azerbaijan’s military in comparison to previous skirmishes. With Azerbaijan’s victory in this war, Turkey has proven itself to be an emerging influence in the region. While Russia is still the primary power, (as evidenced by their role as peacemaker in the conflict) it is no longer the only player.