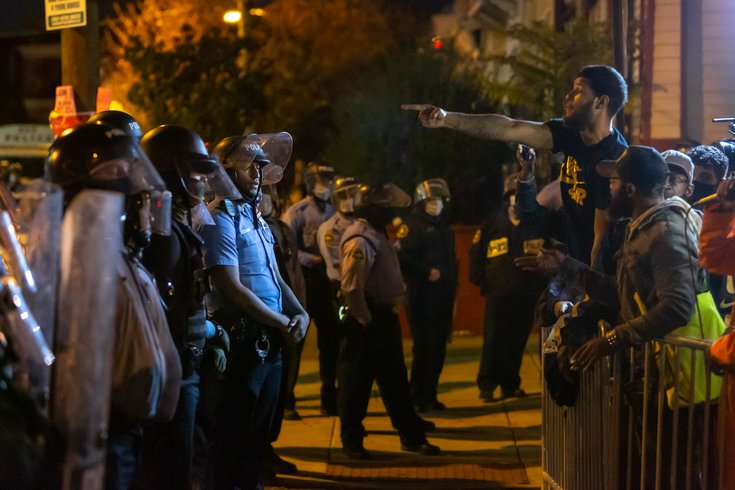 * A quick note: I am inherently aware that I am a petite, white woman, and I understand the privilege that position carries within our country. I am lucky enough that I can turn off Instagram and have a break from the bombardment of the harsh realities of brutality and racism that causes constant fear in the lives of BIPOC. In no way is this essay attempting to speak for, silence, invalidate or offend anyone within the BIPOC community, rather, it is an exploration into the effectiveness of one possible route towards ending systematic racism and oppression. If this piece is in any way offensive, please do not hesitate to reach out. The recent events have made me more aware of my ignorance in cases of covert racism, and I hope that this piece is in no way an expression of that.

Late May, 2020. The country erupts in protests following the deaths of George Floyd and Breonna Taylor. The president calls in the national guard. He authorizes the tear-gassing and shooting of rubber bullets at his constituents for a photo-op. He holds a bible upside down. Four police officers fired, arrested, and charged for George Floyd’s murder. A glimmer of justice.

September, 2020. Breonna Taylor’s murderers face no charges. An innocent woman is murdered, and her murderers escape without penalty.

October, 2020. Both the president and the vice president of the United States take the debate stage and claim that systematic racism is non-existent in our country. The president goes as far as to tell white supremacists to “stand back and stand by” (Full Transcript from the First Presidential Debate between Joe Biden and Donald Trump 2020 , 1:05:07). A judge, who ruled that the use of the n-word in the workplace did not create a hostile work environment (Grazios 2020, 1), is appointed to the supreme court as an associate justice.

While police brutality is by no means a new issue in the US, it has gained much of its contemporary public prevalence in recent months. It has become clear, and reinforced through the shooting of Walter Wallace Jr. earlier this week, that the United States is failing to combat systemic racism. The government has failed to help its victims, and their families seek, and find, justice. With the lack of motivation for progression in the US, human rights activists have begun to look towards international law as a solution.

As I scrolled through Instagram in June, an advertisement popped up for a petition demanding that the UN criminalize police brutality as a human rights violation. At first glance, this plan seemed fullproof. How could the power of a coalition of nations not overpower that of a single nation? I quickly signed on. Yet, as the election cycle has continued, I have reflected more on many of the threats and actions of the Trump administration and have become more skeptical of the effectiveness of this proposal. I am unsure if this policy could effectively decrease the occurrences of police brutality and also help victims and their families seek justice. However, on a larger scale, I am skeptical of its ability to increase the overall effectiveness of the international legal system surrounding human rights.

To first understand this question, it is important we look towards the structure and powers of international human rights bodies, particularly the United Nations and their Human Rights Council (formerly commission on human rights). As noted in Frederic Megret and Florian Hoffman’s The UN as a Human Rights Violator? Some Reflections on the United Nations Changing Human Rights Responsibilities, the UN often serves more as the insighter of discourse rather than the implementer of human rights reform. In other words, “although ‘the promotion and protection of all human rights is a legitimate concern of the international community,’ the responsibility for implementing them is ‘primarily” left to states” (Megret and Hoffman 2003, 321). This sentiment is a common critique with international bodies, and is considered to be a main reason for the changes made to the UN Human Rights Council during its transition from the UN Commision on Human Rights. To paraphrase, in order for the UN to be effective in human rights reform, the offending country must accept their faults and push for systematic change.

Unfortunately, our current administration is unable to even view systematic racism and police brutality as an issue limiting the human rights of Americans. Furthermore, since the early days of his presidential term, President Trump has undermined international systems. This is particularly evident through his dismissal of and withdrawal from the Paris Accords and, more prevalently, the US’ seat in the UN Human Rights Council (Joseph and Jenkin 2019, 77). Yet the subversion of international bodies which criticized the US and its allies is not unique to the Trump Administration. It is a time honored tradition intertwined with the founding of our country and our ideals of the white man’s burden. While we, as Americans, are eager to help those in more dire states than our own, we seldom reflect on our own misdoings or are willing to put real effort into meaningful change. This is clear in the US’ reaction to Amnesty International’s Rights for All project as articulated by Rita Maran in her pieces International Human Rights in the US: A Critique, where she states “The notion that human rights abuses in the U.S. might be the object of an inquiry by a human rights organization that regularly deals with countries whose practices warrant intensive, critical reports proved offensive to some in the U.S.” (Maran 1999, 49). Without motivation within the US for progression, the UN Human Rights Council is virtually ineffective. This approach, the international criminalization of police brutality, seems to be a tangibly ineffective method at obtaining justice.

This begs the question of what our other options are. I am unsure if a perfect solution exists within our current systems. As much as the majority of society yearns for change, our political bodies and processes are not built to support it. How do we reform these bodies?

3 thoughts on “Are We Ready to Criminalize Police Brutality?”